ALERT
QAS will be CLOSED during adoption hours until further notice while we move to our temporary location. We will announce our new location soon!
Skip to content

On July 31, 2020 our baby Fantasia danced on her two hind legs over rainbow bridge! We had 14 wonderful years with her and we will miss her terribly. Fantasia wasn’t just a dog, she was closest to human than any of our other previous pups. She came at a time in our lives when the kids were grown and her adoption at just 9 months old from Quincy Animal Shelter filled our home with a new child-like addition. Whether it was greeting us at the door, cuddling on our lap or getting costume ready for Halloween, she was always an enthusiastic player in our home! We love you sweet girl and will think of you every day. 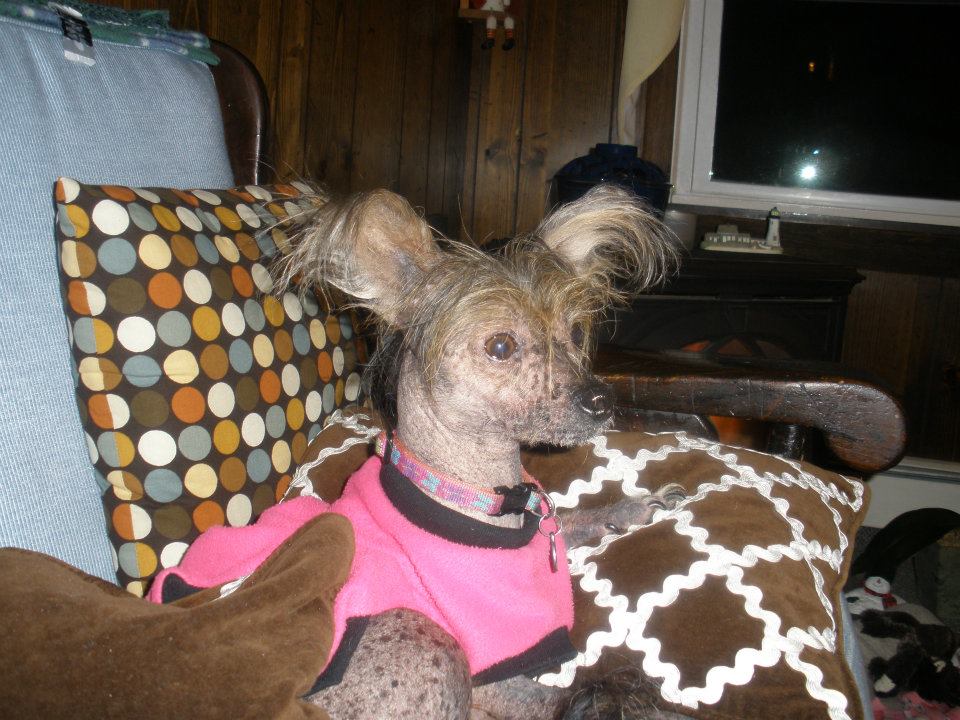 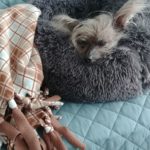 In November of 2007 you chose my Mom and I to be Angel’s forever family and home. That was one of the best days of our lives. You called us and said come get Angel. That day this precious little girl became part of our family.

It is with a very heavy heart that I tell you we lost our beautiful Angel last June 16th. She had been diagnosed with squamous cell carcinoma cancer which is not curable. We chose pain management to keep her comfortable so that she would have quality of life for the time she had left to be with us.  Quality of life was important to us for her. I was blessed to have been on vacation the last two weeks of her life which allowed me the honor of taking care of her 24/7 and all the while she was consoling me as I took care of her.

Angel LOVED to lay in Mom’s lap and help Mom with her paperwork. She would get Mom for bed every night right at 9:15pm and get her up in the morning. She loved her treats and had lots of fun with her catnip toys and sometimes she even played fetch. She loved playing with her sister Willow.  She was funny and a complete love bug. I will miss our talks and love sessions.

Thank you for allowing us the honor of having her in our lives. We were blessed for 12 years having her part of our family here on earth and now she is one of our Guardian angels. She now takes residence in heaven with my Dad.

We love and miss her greatly. My heart still aches. 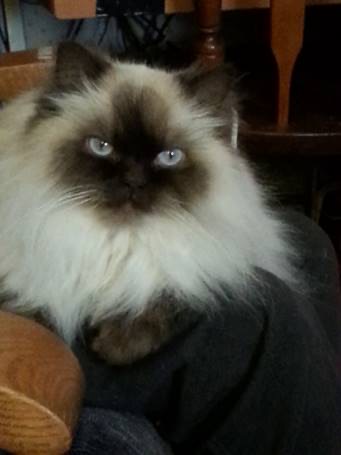 In March of 2011 an overweight and shy 7 year old cat named BeBe became a QAS resident. As a volunteer I saw the months go by with no one interested in adopting her. She was then fostered by volunteers for a while and when someone was needed to foster her Christmas week we offered. We were then asked to keep her a little longer and, despite having 4 cats, soon knew she was meant to be ours. It breaks my heart that this wonderful girl spent so many months unwanted. She was sweet, beautiful, funny and the most gentle cat I’ve ever known (and I told her this every day).

On July 16th we had to unexpectedly say goodbye to BeBe due to bone cancer. We miss her every day. When looking to adopt an animal please don’t overlook the ones who are a little older, or heavier or not as out going as the other ones. You could end up with the best animal in the shelter as we did. 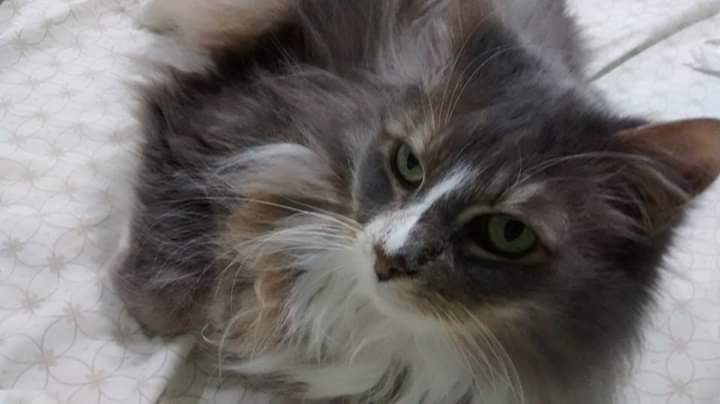 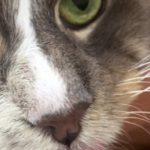 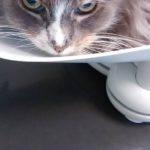 Although Sonja’s early life was a mystery, her family knew her as a sweet, loving cat who used patience and gentleness to train her family to accommodate her preferences and conform to her routines. Over the 7 years she lived with them, they learned her food and drink preferences, her consistent disdain of conventional cat toys, and her occasional willingness to indulge in a hit of catnip. She commanded the middle 50% of an expensive Swedish memory-foam bed, allowing her human-mom the 25% on each side. She enjoyed snuggling with her human-brother to watch the Patriots, right up through the Super Bowls. She insisted that her people allow her to sniff out the food they ate, just to convince herself that nothing was more delicious than her own food, which she evaluated for acceptability on a regular basis.

In exchange for these considerations, Sonja delayed her demand for breakfast by 1 hour, from 4am to 5am. She grudgingly allowed her people to use the bathroom with the door closed, but then waited for them to make sure they were OK. She helpfully told her people the minute her litter box became unacceptable, no matter the hour, day or night. She quietly lay in her leopard-print stroller and allowed herself to be wheeled around the neighborhood once she was convinced there was no veterinarian at the end of the trip.

Sonja’s people respectfully request that everyone contemplating bringing an animal companion into their lives consider adopting a senior pet. 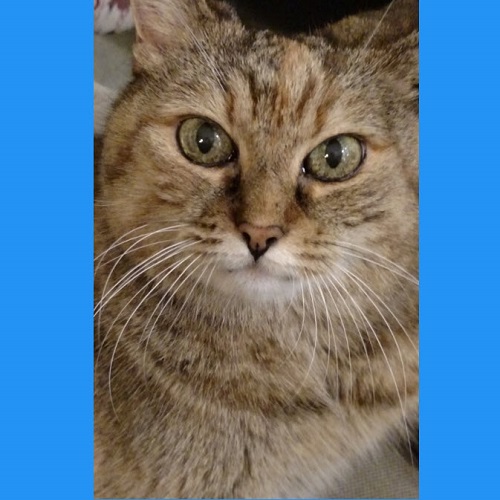 I found Eddie at QAS in 2000. He had been hit by a car and dropped off in a box. It was love at 1st sight and after he healed he joined our family!

He was an extremely loyal cat and was dedicated to us…and his sidekick, Bob. Eddie’s mannerisms were more like that of a dog. He came when called, followed quite well, would sit, beg, and of course he was a fantastic sleeper!

Eddie and Bob were never far apart and often slept touching. They did everything together and particularly loved spending every August on Block Island, although Eddie was not fond of the ferry ride! We would always find them in one of two positions…seagulls: pointing and looking the same way, or bookends: back to back!

Bob Mahn, formerly Buster, came into our lives in 2002. He found me one day when I was dropping of towels at QAS! He had a glorious life with his best pal, Eddie. He loved the family vacations on Block Island where he would sit in the windows and meow at the deer at night. We imagined that he thought they were giant dogs.

Bob had FIV but was very healthy otherwise. Last year we discovered a tumor on his chest. On 8-20-12 he lost his battle with cancer. We all miss him so much but none more than Eddie.  RIP, Bob, we miss you so much!

Rylee was my dad and sister’s dog who was adopted at age 1 from QAS in 2005.  He passed away unexpectedly at age 8 with no warning and no chance to say goodbye.  He lived every day to the fullest and especially loved swimming, being with his family, and taking walks around Merrymount.  Thank you for taking such good care of him before he was adopted.  Just so you know, he was the best dog a family could have.  He is missed terribly and hopefully will be waiting at the Rainbow Bridge someday. 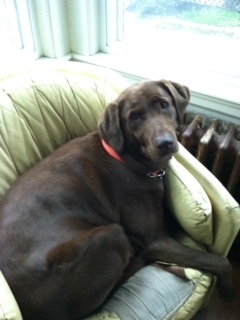 We got him from QAS about 8 years ago. He certainly was a wonderful dog and we miss him very much. 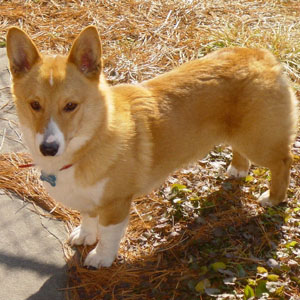 We adopted Max in the summer of 2002 from QAS when he was 6 months old and he was with us until right before his 12th birthday. When we brought him home from QAS Max quickly became integrated within our family and our hearts. He was a curious and playful puppy who was always looking for someone to run around with. He loved going on walks, playing with his stuffed babies, and getting a good belly rub. He was always there to greet us at the door with one of his stuffed babies or bones when we would come home, even if we had just left for 5 minutes. He had a serious obsession with cantaloupe, peanut butter, cheese, and popcorn, and would do whatever trick he could to just get a bite. Even as he grew older his playful and goofy attitude always shone through while playing with his friends or hanging out at home. He was the best dog for our family and we are so happy that we were able to provide him a good home to live out his life.

Rest in peace our sweetest Maxxie, we will love you and miss you always.

My sister Clare adopted Moxie from Quincy Animal Shelter in (or around) 2002 I believe.  She went in for a cat and…well…Moxie had her at “Hello.”  🙂 They shared a wonderful life together until my sister Clare died from Cancer at age 52 on January 20, 2012.

I moved into my sister’s home (as I did not want to upset Moxie’s life any further) and WE have been taking care of EACH OTHER every day since my sister’s death.  Moxie was the greatest blessing of my life. Although in the end she was walking with stiff geriatric joints (assisted by lots of medication), she still at age 14 managed to play quietly at night on her bed with her “baby bear,” do “hall flips” when we go to go outside, and the old girl could flirt with every man in the condominium complex!  I love her with ALL OF MY HEART, and my only solace with her passing is knowing she is only leaving me to go and be with Clare again…and that I will be with them both again some day. 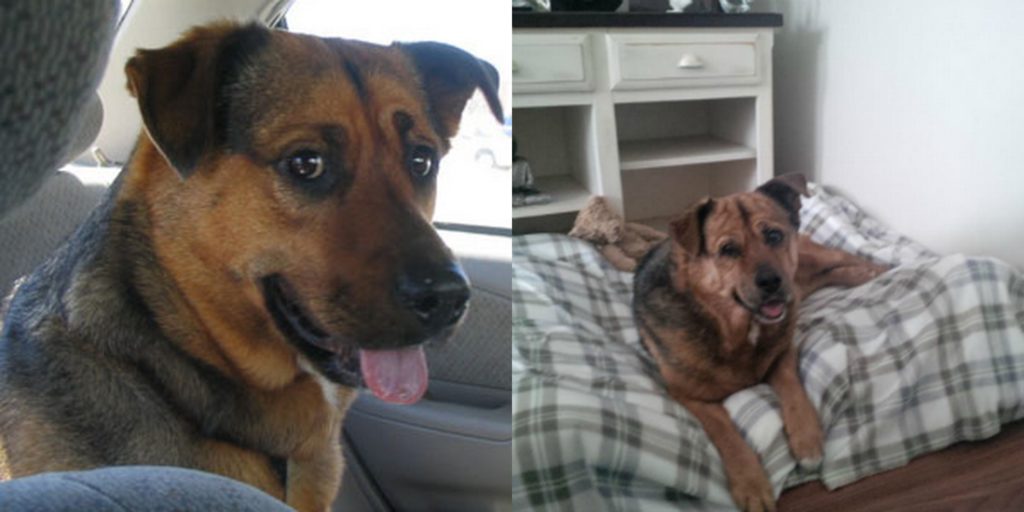